Electric Dirt Bike Guide – Everything You Need to Know

How Much Does an Electric Bike Cost? 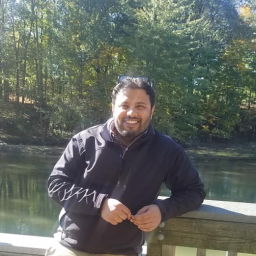 Is there a weight limit for electric bikes? and how much weight can an e bike carry?

Yes, generally electric bikes can carry a person who weighs anywhere between 220 and 300 pounds. However, some specialized e-bike models, such as the cargo e-bike, could carry more weight, reaching up to 350 pounds.

At the same time, other models, such as the fold-able e-bikes, are designed to carry relatively lesser weight. Either way, the maximum weight limit of an electric bike varies greatly depending on the type of bike.

Why the e-bike Weight Capacity is Important?

There’re several reasons why you should consider the maximum weight capacity  of an electric bike before making a purchase.

Generally, the braking system plays an integral role in the riding safety of an electric bike because it helps you slow down or even come to a sudden halt to avoid a collision.

In most cases, inspections and maintenance help with this, but the designed maximum load or weight limit on an electric bike ensures it performs as expected.

For starters, excess weight easily wears down and damages the braking system, putting you at risk.

The weight limit of an electric bike is also related to the strength of a bike's components. For instance, excess weight can result in the bending of rims, breaking of spokes, and damaged saddles and handlebars.

The electronics and gears, or rather your e-bike componentry are designed to offer the best riding experience under a certain weight.

Now, if the bike is overloaded, it’s likely to affect the performance, including the average range and speed.

The performance isn't just affected when you've overloaded your e-bike but also when using your electric bike for towing a trailer. Basically, the range and speed value of the e-bike is affected when you exert an extra burden.

What the Law Says About E-bike Weight Limit

There're no legally prescribed weight limits for an e-bike.

However, it's a common practice among manufacturers to indicate the total permissible payload and the e-bike's empty weight on the manual.

Though the prescribed weight limits are helpful, in practice, these limits are conservatively rated, while others are overstated.

Either way, only use the prescribed weight limit as a guide; only load your e-bike with a weight you feel comfortable with and one you’re confident you will have complete control over.

Some of them have similar weight capacities to the traditional bikes, but they’ve the added advantage of convenience and a pedal-assisted ride.

That said, we’ve collected the top 15 popular electrical bikes in the market, accompanied by their weight limit, and we hope you’ll find a model suiting your weight capacity needs. Are Electric Bikes Heavy? Does the E-bike Weight Matter?

Weight affects the performance and usefulness of an e-bike in several ways. For instance, weight can affect the speed, distance, and movability.

The weight of an e-bike depends on several factors, such as motor size, battery size, type, and material construction.

That said, most of them have net weight between 38 to 70 pounds.

This is a far cry from the conventional bikes, which weigh 17-30 pounds..

To give you an idea of the weight of the electric bike, we've compiled a list of some of the most popular e-bikes, alongside their respective net weight. How Long Does a Charge Last On an Electric Bike Battery

Factors Affecting Weight of and E-Bike

E-bike are heavier than conventional bikes.

What makes them heavier is the addition of extra components, particularly the motor and the battery.

Most of the electric bikes also include additional accessories such as an LCD, allowing you to monitor and control the performance of the motor and battery.

Something else affecting the weight is the size of the tires; generally, e-bikes have wider tires than the ordinary bikes, save for the MTB and fat bikes. While the wider tires promote traction, they increase the drag, which makes it harder to pedal and increase the overall weight.

Nonetheless, the addition of the motor and the battery is the biggest contributor to the overall weight of the electric bike. How Does the Weight of an Electric Bike Affect Your Performance?

Weight of an e-bike impacts performance in a few specific contexts.

Generally, if this concerns a conventional bike, the lighter, the better; of course, a lighter bike translates to better handling, ease of use, and movability.

Does that mean lighter e-bikes are faster and easy to use?

Well, e-bikes are different, especially in their design.

Remember, the battery and the motor contribute to a significant portion of the weight, so if you need to make your e-bike light, it means you have to make the battery smaller.

By reducing the battery size and weight, it means you’ve to sacrifice on their capacity, which translates to less range and speed.

Of course, with the growing technology, some battery manufacturers are producing lightweight and compact batteries that can still go very far. However, we still have a long way to go in battery technology.

Secondly, e-bikes aren't always about speed; their main appeal is the ability to reach a destination with the least fuss and without getting fatigued.

Of course, if you’re doing some serious climbing, an e-bike is faster than the traditional bike.

When Does Weight Matter?

Besides performance, the weight of e-bike matters when it comes to portability.

If you need to hoist or carry your bike for storage, then you might consider a lightweight option.

Can you get an electric bike that is still considered a lightweight?

Fortunately, yes. You can still get a lightweight electric bike that is under 30 pounds.

Expectedly, however, their performance might not match that of the full-fledged e-bikes.

Knowing the weight capacity and weight limit of your electric bike is crucial, as it affects the performance and safety of your bike.

Weight limit, for instance, will determine the amount of load your e-bike can carry.

The weight of the bike, on the other hand, affects the overall riding experience of your electric bike.

While weight is a good thing in the e-bike, it’s not always to your benefit- you need to be clear on the purpose of your purchase.

If you need to commute for long-distance, quickly, then benefits exceed the extra weight.

However, if you’ll need to haul your bike several stairs or are simply looking for a bike for short distance runs, the extra weight isn’t worth it.

Electric Engineer by profession. Throughout my career, I have been driven by my curiosity to find better answers to big questions. This curiosity makes me a lifelong learner. I am passionate about leveraging technology and automation to continuously improve human life. if you ever want to bounce some ideas, feel free to reach out.