EVs aren't always seen as an attractive option because of their high upfront costs. While some believe these initial expenses will prevent them from being widely adopted, others predict that as EV technology improves, prices will come down.

Although we can’t say exactly when, it seems inevitable that electric car ownership will become more widespread than it is today-- for a number of reasons. EVs have several positive benefits: They're not only greener, but also quieter and more efficient; they provide more power than conventional gas-powered vehicles; they don’t pollute the air with emissions; they require far fewer gas stations and oil refineries; and they reduce traffic congestion and road rage because you never need to stop at a gas station to refuel. Plus, if all goes well, electricity may eventually rival gasoline as an energy source.

In the meantime, you may find yourself wondering when electric cars might become affordable. Let's take a look at what factors influence this question.

How Much Do Electric Cars Cost? The price of an EV depends on many things, including its battery size, how long it takes to charge, and whether or not it has any additional features like heated seats or navigation systems. The most expensive part of an EV is the battery pack, which accounts for about half of the vehicle’s total weight. As battery technology continues to improve, however, manufacturers are able to make smaller packs that weigh less and offer more range.

One thing to keep in mind is that while the price of an EV may seem high now, it could drop significantly over time. This is due to two main reasons: first, the price of lithium ion batteries is expected to continue falling, making them cheaper to produce. Second, automakers are likely to use economies of scale to bring production costs down. For example, Tesla Motors recently announced plans to cut the price of its Model S by $7,500. This move was made possible by the company’s new “mass production” line, which allows it to produce more vehicles per year. In addition to reducing manufacturing costs, this process enables Tesla to sell its cars at lower prices.

As the market for EVs grows, expect to see more companies follow suit. If enough people buy EVs, the demand for batteries will increase, which should drive down the price of those components.

As of 2017, there were over 2 million electric cars worldwide, including about 150,000 in the U.S. At first glance, this looks like an impressive statistic. But if you add up the price of each vehicle, it turns out that many people could afford only one or two EV purchases per year.

Before now, most people who want to buy an EV cannot do so unless they have a large amount of money available. The good news is that there are some companies working hard to bring down the costs of these vehicles. One such company is Tesla Motors. Elon Musk, the CEO of Tesla, has said that he wants his cars to be affordable for everyone. Why Do Electric Cars Cost So Much?

Some analysts think the answer lies in the fact that batteries are still relatively expensive. Today's electric car batteries generally have capacities of 25 kilowatt hours -- enough to get you approximately 200 miles under normal conditions. A 20 kW solar panel would generate about 1,200 kWh in 24 hours, giving you a total battery capacity equal to 60% of the electric car's capacity. So, instead of using a 10kWh battery pack that would allow you to drive 200 miles over the course of a day, you'd be looking at 40 kilometers of continuous travel distance with a similar sized battery. If you could fit two 40 kwh packs into your electric car, you'd be able to increase its range to 80 km per charge, which is about 300 miles.

This is why some experts believe the current prices of electric cars are justified. Batteries aren't going away anytime soon, but they are becoming cheaper every year. If Tesla keeps adding features like increased safety and longer driving ranges and if other electric car manufacturers keep making their products better, electric cars will very likely get affordable. 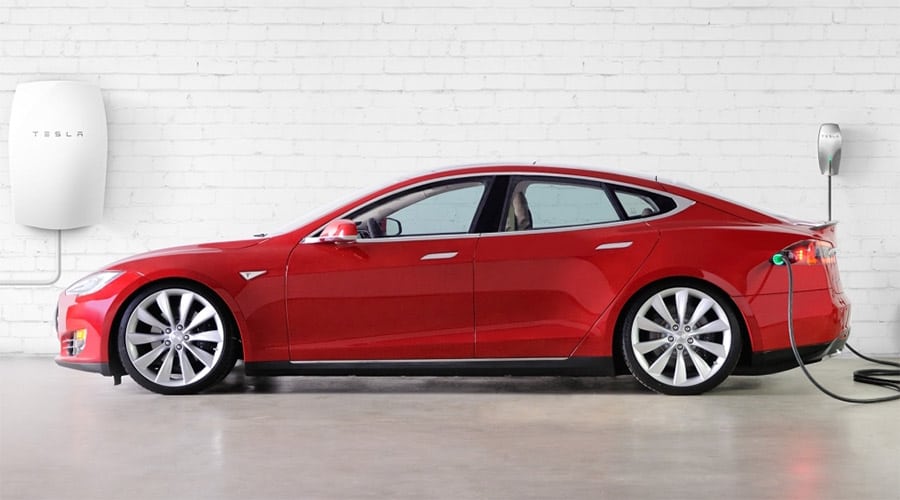 But even though today's electric cars are already quite capable, I'm sure many people will continue to look past them at the time being simply because of the price tag attached to them. Even as the prices come down, they'll continue to be outclassed by traditional automobiles due to their lack of flexibility. For now, buying an electric car requires you to make a big investment upfront.

Then there's the actual manufacturing process itself. Most automakers use the same assembly lines for both traditional ICE vehicles and EVs. However, since assembling electric cars uses different processes, it requires more time and materials to make them. Since the factories are already set up for mass production of existing models, the process is slow and costly. In other words, manufacturers must invest heavily in infrastructure before they can begin making EVs.

On top of that, you must consider the infrastructure needed to support electric charging -- meaning electrical outlets, special parking spots, etc. And finally, after you factor in the cost of the actual car itself, the total cost of owning an EV comes out to somewhere between four times and twelve times the price of buying a typical car. Even though these numbers are relatively high, they also vary significantly depending on the type of car you choose and the size of your household.

When Will Electric Cars Become Affordable? There are two schools of thought on this subject. Both sides realize that until electric motors develop at least 500 horsepower, which would make electric cars essentially a hybrid, they won’t be able to compete with internal combustion engine vehicles on price alone.

On one hand, some critics think that electric cars will simply never become cheaper to own than traditional gas-powered cars because batteries still cost too much. Others say that the technology needed to lower the cost of storage batteries will inevitably improve, making EVs even cheaper over time.

A third group contends that electric cars will remain relatively expensive for quite some time. So before answering the question “when will electric cars become affordable?,” let’s take a look at why current battery technologies could leave them expensive indefinitely. Most consumers tend to associate high prices with luxury goods. Studies show that battery costs make up almost 70 percent of the total cost of an electric car. And the reason for this is simple: Batteries must be made using expensive metals like lithium, cobalt, nickel, aluminum, copper, iron, silicon, and other rare earth elements.

These costly materials aren’t always found near major automotive centers and manufacturing facilities, leading to higher transportation costs associated with getting the raw material to where it can be used. Also, as the quantity and quality of the metal required rises, prices usually rise along with it.

Accordingly, the best way to keep electric car prices low is through reducing the overall cost of battery cells. After all, if we could reduce our reliance on rare metallic elements we wouldn’t need to worry about their scarcity for long. Thankfully, recent technological advances indicate that we may soon see more abundant sources of these minerals in many parts of the world. But it hasn’t happened yet. For now, manufacturers continue to rely on mining and refining processes which require high amounts of energy to operate.

The Future Is Not Obvious So what does the future hold for electrification and batteries? Will we ever see a day when gas stations start selling packs of pure liquid oxygen instead of unleaded gasoline? Probably not any time soon. However, the global market for alternative fuels isn’t going anywhere. In fact, since 2011, the demand for natural gas has increased at twice the rate of oil consumption. This trend points towards cleaner transportation options. As a result, industry experts estimate that by 2025, nearly half of all global fossil fuel-based energy production will come from renewable alternatives.

For example, several companies have already begun converting their coal plants and refineries to use greenhouse gasses such as hydrogen or methane for electricity generation. Likewise, diesel engines powered partly by biofuels are also increasing rapidly in popularity. Furthermore, Tesla Motors recently produced its largest battery pack (4680 Tesla cell) yet in 2021. The capacity is estimated to reach 9000 mAh.

Finally, many people mistakenly believe that hydrogen-powered vehicles are the most sustainable option. While they do emit fewer greenhouse gasses than conventional combustion engines, they still produce carbon dioxide (CO2) emissions because they run on hydrogen. Hydrogen is created from water via electrolysis, a process that requires large amounts of electrical power. So while hydrogen might seem like a great solution, it only makes sense if you don’t mind paying extra money just to drive around.

In summary, there’s no doubt that electric vehicles will play a significant role in the future of transportation. In fact, global electric vehicle sales are expected to reach 5,000,000 by 2025. However, before we get too excited about them, we should remember that they’re not perfect. They suffer from some drawbacks that prevent them from being the ultimate solution to our current environmental problems. And until those issues are addressed, they won’t be able to compete with other forms of transportation.

Electric vehicles offer consumers a new level of flexibility, convenience, range, and style. While we can expect to see EVs hit the market at a variety of price points, the entry point seems likely to be higher than even Tesla's base model. However, once consumer interest begins to grow, there's every reason to believe that prices will drop rapidly and eventually match or exceed internal combustion engine models.

Besides, once the technology becomes more widespread, manufacturers will begin producing EVs at a rate that exceeds demand. At that point, prices will inevitably drop.

Even if the cost of EVs continues to decline, it won't necessarily translate into savings for consumers. After all, the average person isn't going to buy an EV unless they think it's worth the extra money. So while the cost of EVs might decrease, the overall price tag for an EV remains largely unchanged.