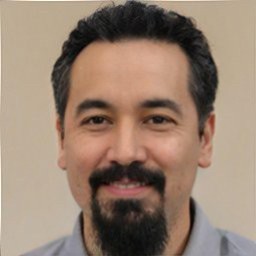 The future of autonomous vehicles is here — and it's time for us all to get ready. Are you wondering when self-driving cars might finally become a reality? Or perhaps you want to know which car brands are working towards creating autonomous vehicles. Well, you’re in luck because this article is all about that!

Autonomous cars have piqued the interest of many people for a variety of reasons, but one thing is certain: they will change our world in ways we can’t even imagine. A true autonomous car has remained a pipe dream for most of us, but that could all change very soon.

There's a concerted effort underway to bring self-driving vehicles into mainstream use. In addition to traditional automakers, tech companies like Google, Apple, Tesla Motors, and others are pouring billions into developing and building them. In 2018, the likes of Tesla, BMW, Mercedes, Waymo, Toyota, Apple, and Nissan began testing their own autonomous vehicle solutions on public roads in California.

When Will Cars Be Autonomous

Once just a distant idea, self-driving technology is quickly becoming a reality. There's no gainsaying that autonomous cars will disrupt the automotive industry in ways we cannot yet predict. The global autonomous car market is projected to exceed $37 billion by 2023.

But what exactly does this mean? And how long until these types of cars with such technology  hit the road?

To answer those questions, let's first take a look at where we're currently at with self-driving technology. The good news is there are already several examples of autonomous driving being used by various manufacturers around the globe.

For example, front-crash prevention systems are standard equipment on some new models from Audi, Volvo, and other major car manufacturing companies. These systems help prevent or mitigate crashes by automatically applying brakes if an imminent collision is detected.

Some automakers have introduced self-parking technology that allows drivers to park a vehicle by only controlling the brake and accelerator pedals. This type of system works by using sensors, high-resolution cameras, and AI to detect obstacles in the driver's blind spot, then steers the car into the correct position.

Another emerging trend is semi-autonomous features that allow a human driver to take control of the vehicle under certain conditions. For instance, Tesla's autopilot feature allows drivers to temporarily hand over control of the wheel while still monitoring traffic and keeping tabs on the surrounding environment.

This means that, even though a vehicle isn't completely autonomous, it may be able to handle simple tasks without requiring constant attention from the driver. It might be a while before we see fully autonomous cars on the road, but the advancements made so far are impressive. Today, nearly every major automaker offers some form of semi-autonomous technology.

Autonomous driving technology has significantly evolved since its inception. It started out as a concept that was mostly theoretical, but today, many automakers are investing heavily in the development of automated driving technologies.

This is the baseline level of automation. A human driver must remain engaged behind the wheel at all times. Essentially, the driver handles all operational aspects of the vehicle including speed control, steering, braking, acceleration, etc. Here, vehicles still come equipped with warning indicators, emergency call buttons, and other safety features to alert drivers to potential hazards.

In this level, the vehicle comes equipped with an advanced driver assistance system (ADAS) capable of assisting the driver with accelerating, braking, or steering - though not simultaneously. These vehicles feature technologies such as lane departure warnings, adaptive cruise control, and automatic emergency braking (AEB).

The ADAS is capable of handling multiple tasks associated with steering, acceleration, and braking. However, the driver remains engaged to override any of the functions assigned to the vehicle in order to maintain control.

In this level, vehicles feature an automated driving system (ADS) that performs all driving operations under certain conditions. Vehicles here handle acceleration, deceleration, lane changing, merging into traffic streams, and stop/go traffic situations. In addition, some vehicles allow the driver to specify the vehicle’s target velocity by adjusting the throttle or selecting a desired acceleration rate. However, the human driver must remain engaged for safety purposes and may need to take over when necessary.

The Automated Driving System (ADS) is programmed to drive the vehicle without constant monitoring by the operator. In addition to performing certain operations like changing lanes or adjusting cruise control, it continuously monitors and analyzes its surroundings. The human driver does not need to intervene or monitor what the ADS is doing since the vehicles here can drive independently.

At this point, the vehicle has advanced beyond simple driver assistance technologies and assumes more responsibility for safe operation. It monitors its surroundings without any input from the driver. Vehicles operating at this level also include additional safety features like obstacle detection, 360˚ camera views, forward collision warning, and automatic parking. Simply put, these types of vehicles operate completely independently. They don't require any action from the driver aside from setting destination coordinates.

There's no gainsaying that there has been a considerable amount of progress made in terms of self-driving technology. Since the year 2013, we've gone from automakers offering Level 0 or Level 1 vehicles, to Level 2 models being introduced.

At present, there are several automakers offering up to Level 3 - self-driving technology on select models. Audi introduced the first production model featuring Level 3 autonomy back in 2019. Market analysts predict that in 2030, around 58 million autonomous cars with at least Level 3 autonomy will be sold globally. This is a significant increase from the estimated 1.4 million autonomous cars sold in 2019.

As we mentioned earlier, there are no level 4 or 5 autonomous cars on open roads today. For the most part, automakers have been testing their vehicles in closed environments such as private test tracks and simulated urban areas.

The world may likely wait for a while before seeing the introduction of Level 4 and 5 autonomous vehicles due to the extremely complex nature of both systems. We're still a long way away from having a fully functional Level 4 or 5 car on public roads.

In order to achieve true Level 5 autonomy, manufacturers must work together to implement a consistent high-speed internet connection for seamless communication between all autonomous vehicles. This would allow for real-time data sharing about driving conditions and road hazards.

Additionally, the software for Level 5 autonomous vehicles must include extremely detailed maps of every single street. These maps should be updated frequently enough so that each vehicle can safely navigate through traffic.

In addition to the technical challenges associated with achieving full autonomy, there are also social and legal hurdles to overcome. Securing the support of the general public is vital if automakers want to see widespread adoption of autonomous vehicles. Many customers have expressed their concerns over the safety of autonomous vehicles.

While some people believe that these fears are unfounded, others feel that they could potentially pose a threat to human drivers. If this is the case, then it might take years for consumers to embrace fully autonomous vehicles.

One thing is certain though: we expect to see fully autonomous vehicles hit the market as early as 2035.

Autonomous vehicle technology has come a long way since Google's driverless car project was launched in 2009. Today, many automakers are investing heavily into the development of autonomous vehicles. We can't say exactly when we'll start seeing them hit the streets, but we do know that they will eventually become commonplace.

Make no mistake, fully autonomous cars are coming. They might not arrive for another decade or more, but they will eventually come. And once they do, they will revolutionize the automotive industry. In the meantime, expect to see more and more semi-autonomous features being added to existing models.