Electric Dirt Bike Guide – Everything You Need to Know

How Much Does an Electric Bike Cost?

Hoverboards Buying Guide – Everything You Need To Know

It comes as no surprise. Electric bikes are holding a significant spot in the future’s mobility. The micro-mobility sector has been growing rapidly and steadily in the past several years.

This trend shows no signs of slowing down anytime soon and it is just starting to catch on in North America.

There are many different e-bike companies producing electric bikes these days and here we will take a look at five of the most well-known electric bicycle companies - their strengths, weaknesses, and specific models that they offer.

Electric bikes are the most rapidly growing bicycle types across the United States. In fact, from 2014 to 2017, sales of American electric bikes had jumped by a whopping 91 percent to $77.1 million. This sector of the $5.9 billion cycling industry in the country has been steadily expanding ever since.

If there is a word that would best describe this brand, it would be ‘supercharged.’ That is because Rad Power Bikes has become one of the major driving forces that have been propelling the rise of the electric bike market not just in the US but also in the entire North America. The company has also gained the attention of major investors—a proof of its potential.

Rad Power Bikes constantly upholds the commitment to deliver power. Most of the models in its lineup easily fall into the ‘best e-bike’ category. Thus, since its 2015 launch, the brand has easily attained the status as the biggest electric brand in the entire continent.

Among the electric bike brands California has given birth to, Ride1Up is one of the most notable when it comes to pricing. The brand is known for its urban e-bike models that cost reasonably. Numerous industry observers cite the intense competition in its home-state as the best driver for this reputation of the company.

If you are looking for performance electric bikes with practical price tags, you should check out the lineup from Ride1Up. The brand has models that can accelerate up to 25 mph—at par with competitors’ models that on the contrary cost more than $2,000. Who says you can’t achieve power at cheaper costs?

One of the oldest American e-bike brands boasts of versatility and durability. Trek is among the electric bike companies USA has produced that offer models that can endure prolonged riding in various terrains. The company currently has 42 electric bike models that are mostly all-round and are demonstrating excellence.

Other than e-bikes that are versatile, Trek’s lineup is characterized by ideal weight distribution. The brand’s electric bikes can readily accommodate accessories. Thus, Trek bikes can be customizable, bolstering biker’s value for money. No wonder, the company has endured the tests of time since its establishment in 1975 in Wisconsin.

More than the swag, Electra’s electric bikes have added punch. The brand makes sure each detail about its e-bike lineup can deliver the authentic experience that is unique to it. Since its birth in 1993 and until now that it is operating as an independent unit of Trek, Electra has been known as among the top favorites for American biking enthusiasts.

Each of the Go! Collection (Townie, Townie Path, Vale, and Attitude) has inherent characteristics that are superior in comparison to rivals. You can enjoy Electra’s laid-back DNA that matches its power. The company’s electric bikes have average top speeds of 28 mph powered by Bosch motors, which are also synonymous to performance in the e-biking parlance.

What Other E-Bikes Companies  in the US?

Aside from some of the best e-bike brands that were put on spotlight above, many other makers come as top tiers. Many traditional bike companies have started designing and producing electric bikes as demand for such vehicles steadily grows due to inevitable factors—environmental causes, cost effectiveness, convenience, space saving reasons, and others.

Some other electric bike brands in California get into the top makers list. One of them is Specialized, which is enriched by its bike-making experience that traces back to 1974. The most notable from the brand are its mountain electric bikes that instantly deliver superior electric bike riding due to its mountain-bike design.

Pedego spells fun as its e-bikes are stylishly colored to turn heads. The brand’s cruiser, city, and commuter e-bike models are being raved about by users. The company’s 5-year warranty says so much about its confidence in its electric bike models.

From being a traditional bike maker when it started in 1895, Schwinn has evolved to become an e-bike-centric maker. The company currently boasts of 13 e-bike models in its product catalog. Cost effectiveness and beginner-friendliness are traits that are usually associated with the name.

No other maker can be more American compared to Electric Bike Technologies. The vibe of the young brand emerges in its models. The company claims that it knows by heart the wants and needs of US-based modern bikers. 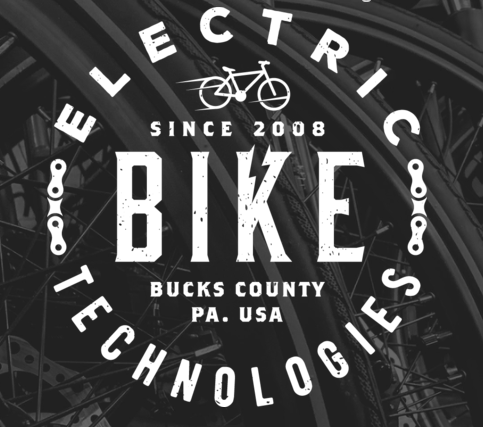 Lastly, Electric Bike Company makes itself unique by enabling its users to freely personalize their e-bikes. Also a relatively young brand, it has 6 e-bike models presently, most of which coming with front basket attachments to give that utilitarian American feel that’s reminiscent of vintage bike models. The brand’s models are also more budget-friendly compared to its rivals, though it emphasizes that quality is never compromised. 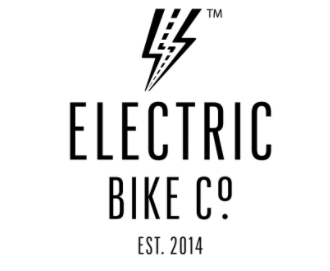 What Electric Bikes are Made in the USA?

Most ebike brands still outsource ebikes manufacturing to countries around the world and in particular Asian countries however most of the research and design takes place in the US.  There are some outstanding electric bikes from a handful that are designed, and sold in the USA. Among the most popular is Rad Power Bikes’ RadRunner, a functional (part cargo) yet sleek (though the body is a little heavier at 65 pounds) and fun electric bike. It is reasonably priced considering its premium features—a top speed of 20 mph, mileage of 25 to 45 miles per full charge, and a load capacity of up to 300 pounds.

The casual cruiser Electra Townie Path Go! is a popular US-made option for e-bike enthusiasts. Both variants—the 10D EQ Step-Thru and the 10D EQ Step-Over—have assisted speeds that can reach up to 20 mph and a Bosch motor that can take a range of up to 65 miles per charge. On the downside, some bikers rant that there is a limit in sizing choices as there is just a single frame size for every frame style.

If you are looking for an efficient e-bike with a simple design, the Ride1Up Core-5 is an entry-level model that is touted to outlast a car, thanks to its standard components. Its top speed can reach 28 mph on pedal assist and up to 20 mph on throttle with a single-charge range of up to 40 miles. It lacks a rear rack (which can be purchased separately) and fenders, though.

Meanwhile, for the adventurous bikers, Trek Rail 7 is an electric mountain bike (e-MTB) that is engineered to endure tough terrains just like a typical trail bike. The long-range Bosch battery can support more mileage and an assisted top speed of up to 20 mph. Just be warned that its tires tend to offer little traction and can wash out quickly if the user is not careful enough.

Are Chinese Electric Bikes Any Good?

China is the most populous country in the world. For quite some time, its people have been facing challenges in daily mobility. This is why the popularity of electric bikes is just logical across the Chinese mainland.

With that said, it just follows that many electric bike manufacturers in China have also spent years of research and development in producing electric bikes that would make transportation for their people more convenient and more practical. Tough competition also abound in their local e-bike market.

Most aficionados would agree that Chinese electric bikes are just fine. However, most of those items still pale in comparison to their American designed  counterparts, which are mostly more meticulous and are usually carefree. US electric bike brands also always opt for the best components not just from its home base but also from other sources and producers across the globe.

Another edge of the American e-bike makers is the power. Bikers in the US tend to be more passionate as many of them regard their electric bikes more as tools of passion whereas the Chinese counterparts are more inclined on the function, which is to transport them from point A to point B in any given day.

Which E-Bikes Use Bosch Motors?

A motor is basically the heart of any electric bike system as it is the powerhouse that pumps energy for the ride’s mobility. Germany’s Bosch is part of the big three motors for e-bikes—with rivals SunTour and Shimano completing this elite circle. Many e-bikers look for electric bikes that come with Bosch motor because they perceive the brand to be the most reliable for its advanced technology.

Among the most popular electric bike brands in USA, Electra and Haibike boast of using Bosch motors to power their vehicles. Other American e-bike brands that have some models that are powered by Bosch are Trek (UM5), Schwinn (Vantage), Benno, Priority Bicycles, and Yuba Bikes.

Bosch has been powering many e-bike brands for more than a decade now. It is also popular in other electric bike makers in other countries. Because of its advanced and more complex technology, Bosch motors significantly add up to the overall tag price of models that use the motor brand.

The motors from Bosch are powerful. Those are capable of facilitating welcome assist to electric bikes’ pedal strokes. This way, Bosch motors facilitate a more naturally feeling ride—more like a power push instead of speed surge mechanism.